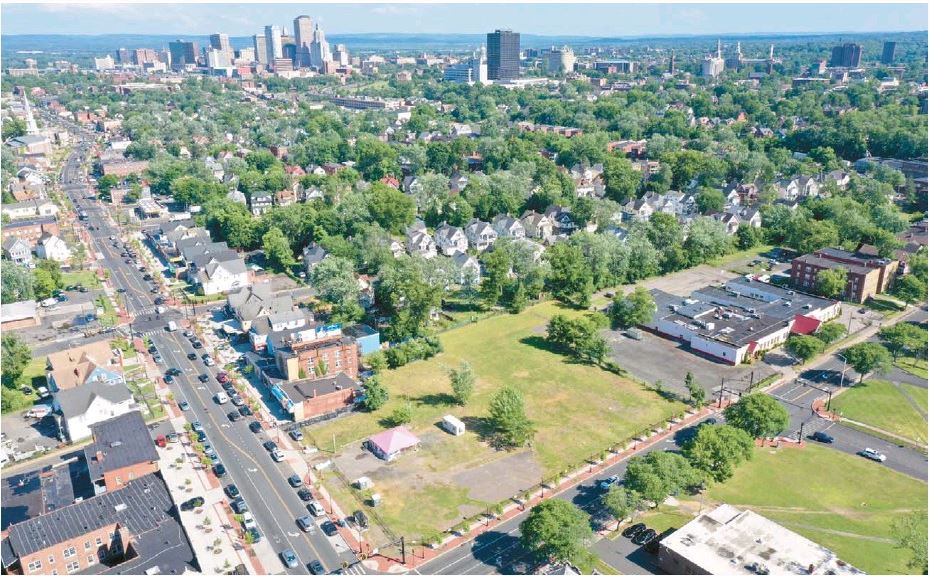 An article authored by Ted Glanzer and published in the Hartford Courant on July, 29, 2022, illuminated various projects that will benefit from state dollars that are earmarked for City improvements. According to the article, the City, the Capital Region Development Authority, and a number of non-profits in Hartford are among the beneficiaries of the latest round of hundreds of million of dollars in funding on the State Bond Commission Agenda.

The article asserted that the Speaker of the House, Matt Ritter, D-Hartford, informed that the City will receive a total funding of $4.5 million for brownfield remediation, the Hartline linear park project, and property improvements on  Magnolia and Irving Streets.

The brownfield remediation funds of $2M is not designated for any specific property. It will be spent at Hartford’s discretion.

The $1.5M set aside for the Hartline project will fund a planned walk and bike trail connection between the City and Bloomfield.

Other major funding to the City  will be $1 million slated  for improvements in the heart of Albany Avenue area.  Specifically,  the parcel that used to be a police station, a  PAL satellite office with a basketball court, located at the corner of Magnolia and Irving streets.

There is also $5.5 million slated to be awarded for redevelopment of the former Fuller Brush Company located in North Hartford that will be turned into new housing units as part of the City’s revitalization initiative.

The article continued that Mayor Luke Bronin lauded the City’s delegation and the Governor for securing the funds for such important projects.  Ritter noted that the redevelopment of Albany Avenue “is coming together.” He further stated that $10 million will be awarded to CT Science Center, for renovations and technology upgrades.

At its next meeting, the State Bond Commission is expected to officially approve hundreds of millions of dollars in spending that in part will benefit Hartford-based projects. Further details may be viewed at the Hartford Courant website.